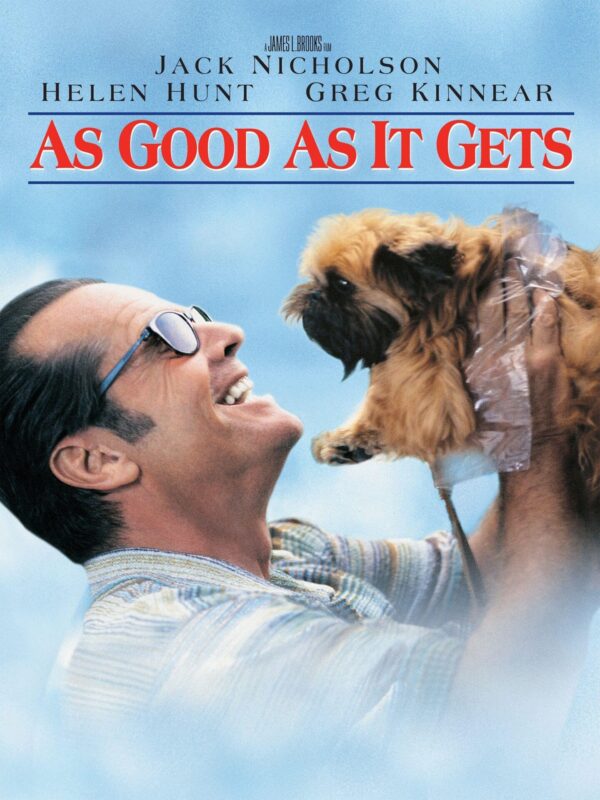 Melvin Udall (Jack Nicholson) is an obsessive-compulsive writer of romantic fiction who’s rude to everyone he meets. When he has to look after his neighbor’s dog, he begins to soften and, if still not completely over his problems, finds he can conduct a relationship with the only waitress (Helen Hunt) at the local diner who’ll serve him.

Nicholson and Hunt won Academy Awards for Best Actor and Best Actress for their leading roles in this 1997 film, which lost the Best Picture prize to Titanic.

As Good as It Gets is playing as part of our Feel Good Flicks! series.

AS GOOD AS IT GETS Tickets