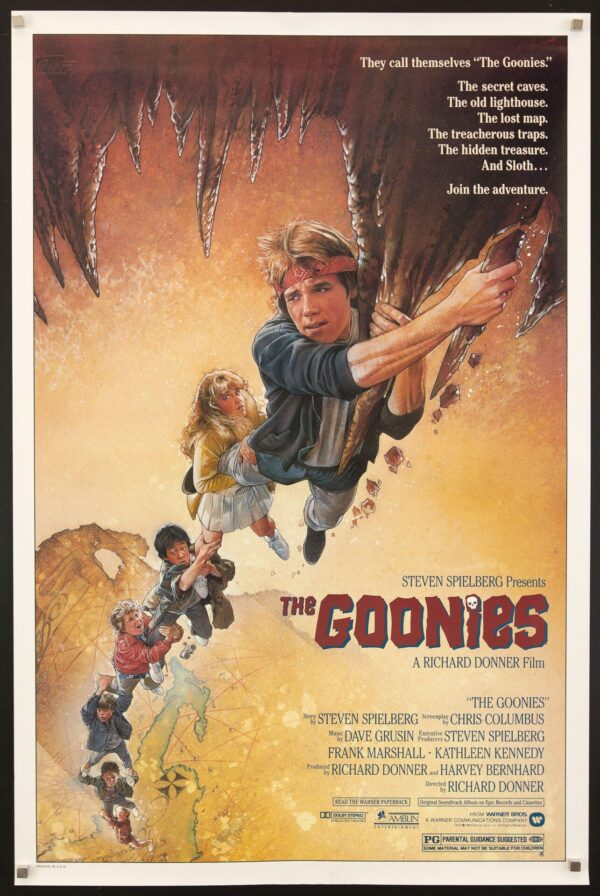 The Goonies is a 1985 classic adventure film directed by Richard Doonner, written by Chris Columbus, and based on a story by Steven Spielberg. It follows a group of kids who, in an attempt to save their homes from foreclosure, discover an old treasure map that takes them on an adventure to unearth the long-lost treasure of One-Eyed Willy, a 17th century pirate.

The Goonies is playing as part of our Feel Good Flicks! series.