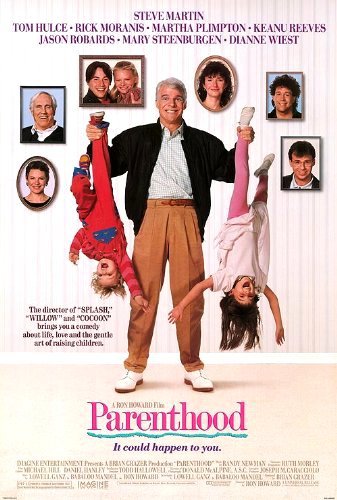 The Buckman siblings attempt to raise their children – each in their own different style – and deal with the joys and sorrows that the process brings. This 1989 family comedy’s ensemble cast features Steve Marin, Rick Moranis, Martha Plimpton, Keanu Reeves, Jason Robards, Mary Steenburgen, and Diane Wiest.

Directed by Ron Howard, Parenthood was adapted into two television series, the second of which ran for six seasons.

Parenthood is playing as part of our Feel Good Flicks! series.