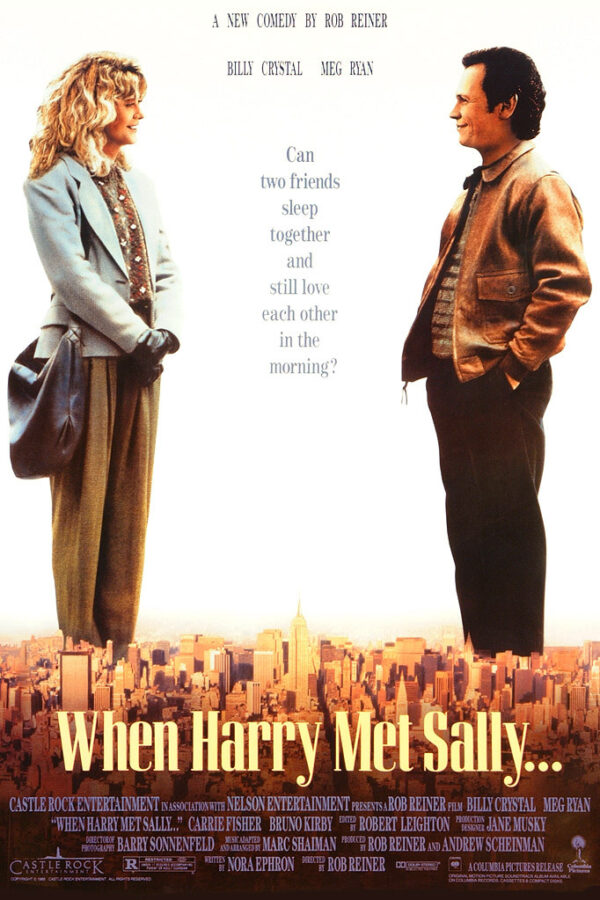 “I’ll have what she’s having.”

When Harry Met Sally…is a classic 1989 romantic comedy starring Billy Crystal and Meg Ryan, although Estelle Reiner lands the funniest line in the entire movie. The film follows Harry and Sally from the moment they first meet in Chicago just before sharing a cross-country drive, through 12 years of chance encounters in New York City. Throughout, the film explores the question “Can men and women ever just be friends?”.

Written by Nora Ephron, the film was directed by Rob Reiner, and also stars Carrie Fisher and Bruno Kirby.

When Harry Met Sally… is playing as part of our Feel Good Flicks! series.